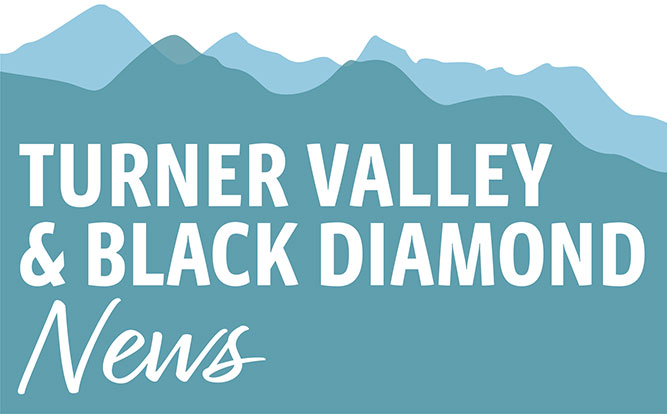 Hello, Diamond Valley! Well it’s been a pretty nice spring so far, I have seen big fat robins around which is always a good sign. We had some wicked winds the first week of April and they drove away most of the snow. As always, we need more moisture in the form of rain, but not too much so that we flood. Do you ever think Mother Nature is trying to tell us mortal humans something?

As of now, (the middle of April at the time of writing), there is a fire ban going on. I just got back from a trip to Saskatchewan and they had one there also. You can very easily check this information out at albertafirebans.ca, and our town is good about putting notices up as well. May is also lightning season, and our Foothills are a hot spot for lightning, with an average of a million strikes per season. If you happen to be caught outdoors during a heavy thunderstorm, avoid being the highest point in an open area. Stay away from tall objects, metal, and water. You are safe inside your vehicle, because the tires don’t conduct electricity, but don’t park under trees or power lines, as they could come down. If you are caught on a level field far from shelter and feel your hair standing on end, lightning may be about to strike you! Kneel on the ground immediately, place your hands on your knees and bend forward, to minimize your contact with the ground. For more information, go to getprepared.gc.ca.

Emergency Preparedness Week is May 3-9 this year. This a national event that takes place every year and is coordinated by Public Safety Canada. Through the Get Prepared Campaign, Canadians can learn to know the risks, make a plan, and get together an emergency kit. It’s one of those things like checking your smoke detectors, many of us don’t bother. But really for a little amount of time and effort it sure would be worth it in the unfortunate circumstance of an emergency. For help with planning for an emergency, visit alberta.ca/emergency-preparedness. You can also sign up for the Alberta Emergency Alert App.

In some emergencies, we can count on STARS Air Ambulance to provide assistance. They have some different ways of fundraising this year. You can “Skip the Depot” all year long in 2021. Go online or use the Skip the Depot App to book a pickup of your empties then donate your refund to STARS. How easy is that. We all know most of us would just buy another case of beer with the empties money anyway! Also new this year is “Growing for STARS”, where farmers planting a crop or raising livestock can donate some of their proceeds to STARS. This was inspired by the generosity of a family who planted 40 acres of soybeans and donated the proceeds to STARS. Use the hashtag #GrowingforSTARS when researching this option on social media. Another new fundraiser this year is “The West Totem Collab” which runs until May 17. The Stream-Flo Group of Companies partnered with Squamish First Nation for the creation of a totem pole to bridge the Indigenous community with energy and fundraising. They are currently collecting donations and will live auction the totem pole in May. Haven’t you always wanted a totem pole in your yard? For info and how to buy a chance to win the totem pole, go to STARS.ca and search upcoming events.

First nations Blackfoot, Siksika, Piikani, Tsuut’ina Kainai, and Stoney Nakoda are all in our area also. I hear that we have a new fire hall, the Nakoda emergency services fire hall, which opened in April, southwest of Longview. This I feel was a good plan as ambulance and fire trucks usually could not get out to the Eden Valley Reserve for a good 45 minutes before. This will make a difference in a big way for response times.

Here’s a little history on a couple of historic First Nations people, the first being Deerfoot. We all know Deerfoot Trail in Calgary, which the city named in 1974 in honour of Api-ksi-eeS “Bad Meat”, or as he was later known, as Deerfoot. Born in 1864 on Blackfoot Reserve, he was the nephew of Chief Crowfoot. He first began running in minor local races. He then started winning much bigger foot races such as Calgary’s “Star-Rink” where he ran a four-day endurance marathon and it was at that race when he was awarded the name Deerfoot. The Dominion Day Race is another big race where Deerfoot came within one second of breaking the world record. He became dissatisfied with the gambling surrounding his races and in his later years raced in smaller races to avoid such gambling. Deerfoot died of tuberculosis in 1897 and is buried in an unmarked grave in Calgary.

Another interesting man, of the Blood Reserve, was Onistah Sokaksin, born in 1844 and better known as Calf Shirt the Snake Charmer. He was best remembered for his involvement with the Blackfoot and Cree Lethbridge Battle. Travel led him to Medicine Hat, where his parents died. The legend goes that Calf Shirt was very despondent after the death of his parents and walked into the sand hills to let his emotions sort out. There he had a vision of a rattlesnake in a man’s form who told him he would adopt him and all snakes would become his brothers. Calf Shirt ended up performing “snake shows” in which he would cram live snakes down his throat, and 25 cents was charged for these shows. He also had a snake pit in his home and would charm problem snakes. He also scouted for the NWMP, and after a time he started his own tribe, the Namopisi. He also worked tirelessly for the betterment of tribes until his death in 1901.

Now to go from snakes to dogs, the Purina/PetValu annual Walk for Dog Guides is going on for the month of May. This year again it will be a virtual walk. This doesn’t mean nobody will be walking, it just means those participating will do so on their own and not in a big gathering. The goal is to “walk” the length of Canada, starting at the most easterly point, Cape Spear in Newfoundland, to the finish line in Mount St. Elias in the Yukon. You can participate by connecting your Fitbit devices online and every time you and other participants go for a walk, run, or bike ride, roll on a wheelchair accessible trail, or dance around your living room, it will add up to reach said goal of 5514km. These funds raised will go to create awareness about Dog Guides and assist the Lion’s Foundation of Canada in providing life changing Dog Guides to Canadians with disabilities. Results will be online May 30, for more information or to sign up and raise pledges, visit walkfordogguides.com.

The Lion’s Foundation of the Foothills Campground in Black Diamond is open for business. Trailers must be self-contained as washrooms and showers are closed due to the virus. Tenting is not allowed at this time for those reasons. The Campground has survived major flood, theft, and is still going strong. Nestled on the banks of the Sheep River in the Bob Lochhead Memorial Park, the campground is open from May to October and for reservations or more info the number is 403-933-5785.

Hopefully the Library will be open again soon but if not, there is an absolute ton of free and interesting things to see if you go online at the marigold.ab.ca website, which is the Foothills and area’s library connection. Just some of the free resources you can find are: fund seeking with Grant Connect, library services for patrons with print disabilities, auto repair, consumer reports, education and career services, history and genealogy, language learning, and of course ebooks, emagazines (for all ages), Freegal music, and so much more. If you still enjoy reading an actual book, you can still order up material online and pick up your books at the back door, very easy, the library’s number is 403.933.3278.

In Turner Valley, the Sunset Boulevard Infrastructure Replacement Project should be happening around now. I believe this is a pretty long and fancy name for repaving the road. Expect Sunset to be closed during or after the second week in May, so start figuring out where you will park during that time. Of course the project is dependent on the weather and other things. Paving is expected to be completed by September and final clean up by Spring/Summer 2022. Gooding Lane is also scheduled to be repaved but not at the same time as Sunset, with the same completion date. Black Diamond’s street cleaning begins April 24, watch for signage. And we have a new home for Kaiser’s Bakery in Black Diamond, after much speculation around the coffee pot, their new home is at 128 Government Road! If your business needs a helping hand, there are resources to be found. Some to try are; Diamond Valley Chamber of Commerce, who can put you in touch with resources, High Country Helps, the Diamond Valley Business Ecosystem, and the FCSS departments of both towns, and the Foothills FCSS as well. Best of luck on your business and others that have opened in these crazy times.

Black Diamond and Turner Valley have made the decision again to cancel our Parade Weekend, along with Canada Day Celebrations and the Diamond Music Festival. Insert pouty face here. Understandable, but sad anyhow. Next year!! I sure hope the world is out of the woods by this time next year.

If you have any news for the month of June, please drop me a line at elaine.w@ telus.net, on or before the May 15 deadline. Happy Mother’s Day May 9 to all the Moms out there!

Have a wonderful day,
Elaine Wansleeben